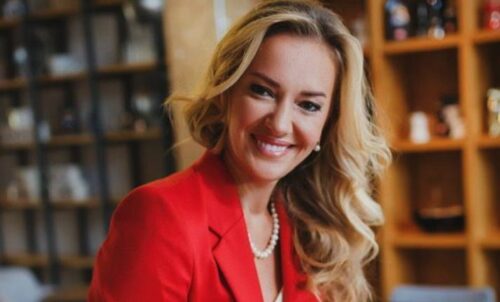 New York City, New York, United States, May 9, 2022 / TRAVELINDEX / The St. Regis New York is pleased to announce Octavia Marginean-Tahiroglu as General Manager of the celebrated and historic flagship property. A respected leader in the luxury hospitality arena, Octavia has been a part of The St. Regis New York family for over seven years and brings to her new role a wealth of experience and expertise garnered from her time at the landmark hotel. As the milestone first female general manager in the hotel’s history, Octavia’s designation marks a momentous and exciting new chapter in the hotel’s illustrious history.

“I am thrilled and honored to be at the helm of one of the most glamourous and storied hotels in the world and look forward to leading The St. Regis New York as General Manager,” said Octavia Marginean-Tahiroglu. “The hotel has long served as the benchmark for luxury travel, and I look forward to guiding our dedicated team to carry on the hotel’s legacy as the best address in Manhattan.”

With over 20 years of experience in the hospitality industry, Octavia brings a wealth of knowledge to her new role at The St. Regis New York. Octavia is a longstanding member of The St. Regis New York family, having served as the Hotel Manager since 2015. As Hotel Manager, she worked to maximize profitability while exceeding guest expectations through the highest quality service, amenities, and attention to detail. In 2021, Octavia successfully led the hotel’s reopening, welcoming travelers from around the world back to the beloved property. Prior to joining the St. Regis New York, Octavia served as the General Manager of The Tribeca Grand Hotel and the Deputy General Manager of The Soho Grand Hotel. Octavia began her work with Marriott International in 2004 with The Westin New York at Times Square and first joined The St. Regis New York in 2006 as the Front Office Manager.

Octavia attended Hunter College in New York where she received her Bachelor of Arts in Sociology. She is currently enrolled at Zicklin School of Business, Baruch College in the MBA Program.

The St. Regis New York, originally founded by John Jacob Astor over a century ago, is revered as one of the finest hotels in the world. The majestic Beaux-Arts exterior, elegant public spaces, exquisitely designed guest rooms, suites, and unparalleled, bespoke service have preserved its legendary status for more than 100 years. The hotel is also home to the famed King Cole Bar, the birthplace of the original Bloody Mary. Ideally located in the heart of Manhattan at the corner of Fifth Avenue and 55th Street, The St. Regis New York is steps from the city’s finest shopping, restaurants, and museums.